This series of prints began to emerge while Terry lived in Germany and experienced the changes that occurred in 1989 to the people, the continent, and the world. The wall that divided a nation was removed. The nation and the people were opened for all to see. Issues that came to mind were the wall, reintegration of a divided nation of people, and the conflicts of man on either side of a wall, the self, inside/outside, free/controlled, and aware/unaware. The wall became more apparent when she returned home and began to see all the walls that affected us: the Viet Nam memorial, apartheid, civil rights walls as well as our own self imposed walls and many others.

Terry began working more with experimental mono-printing, that incorporated large and small collagraph plates and small cut-out copper figures. These figures seemed to want to be in all the works. Some were in harmony, others in opposition, and some just fell accidentally into place. Within the works, these figures talk to each other and to the viewer. Xerox and pastel transfers are also used as well as some etching, dry point and linocuts, any and all techniques that would help get to the issue. 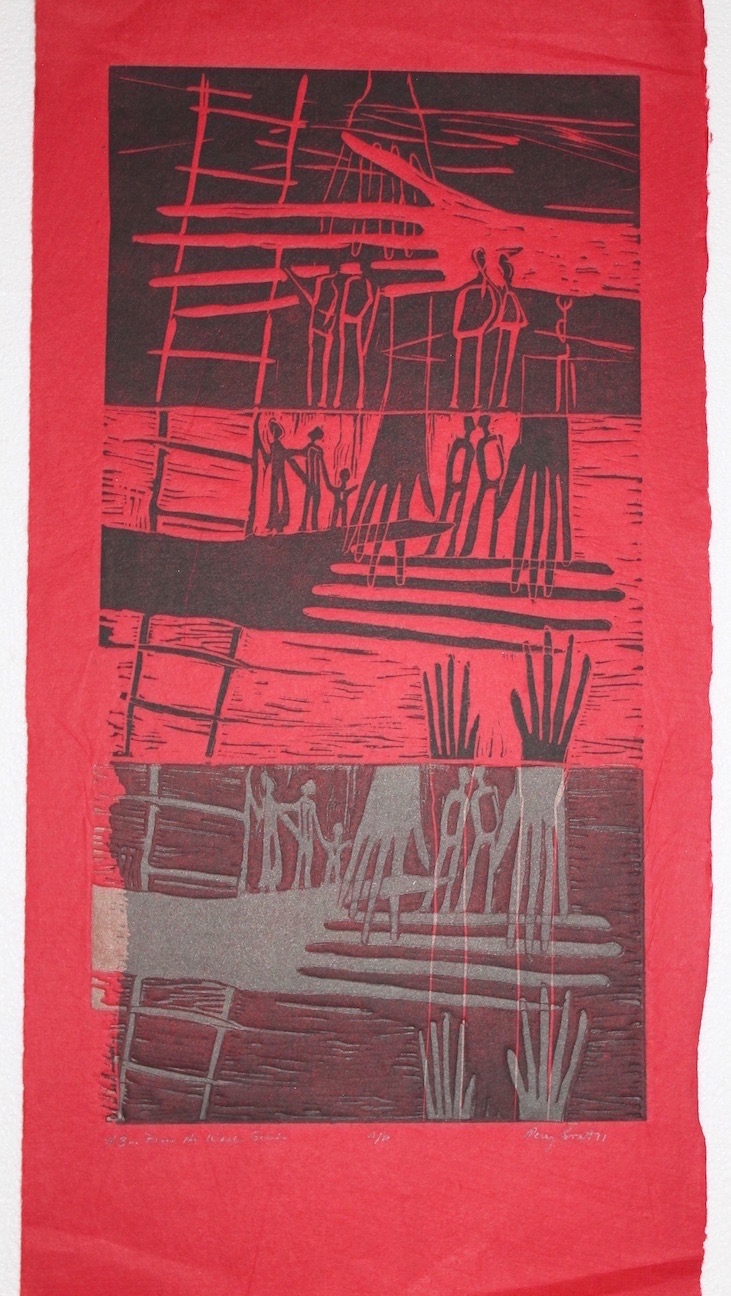 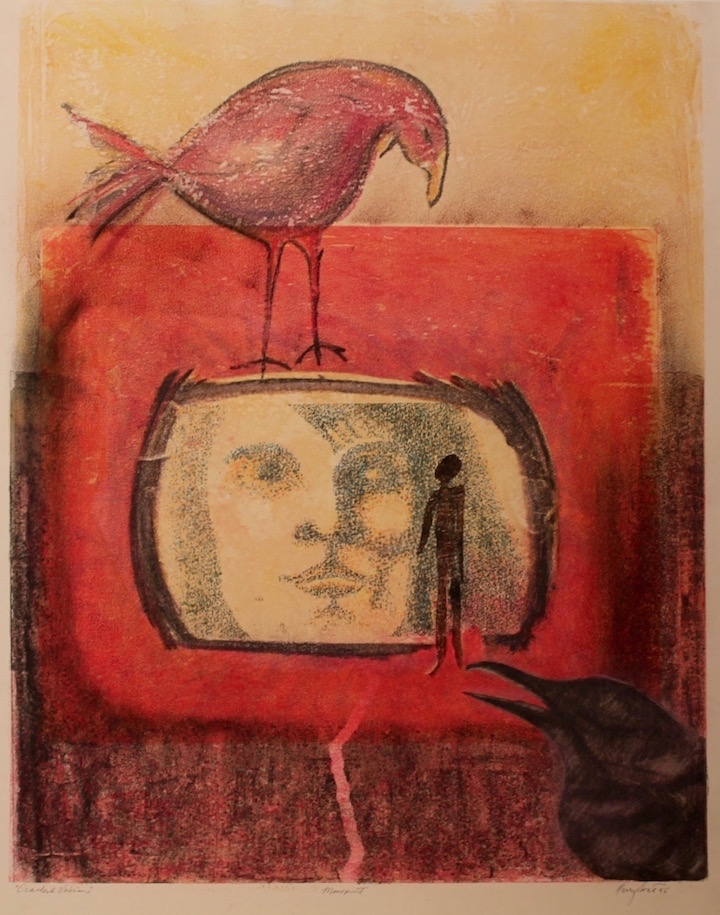 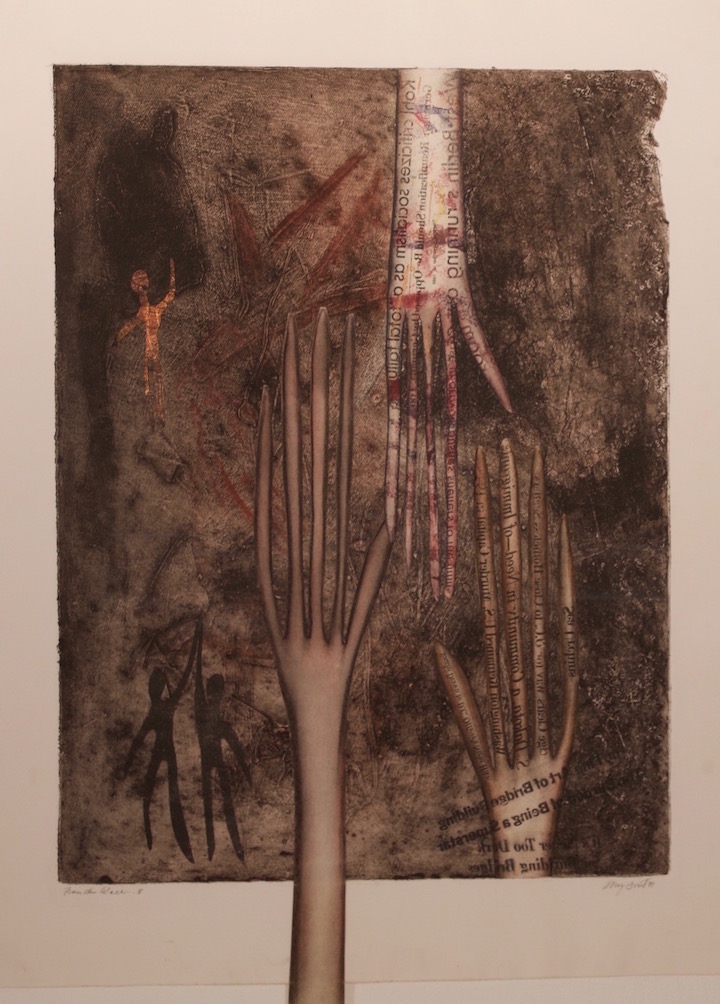 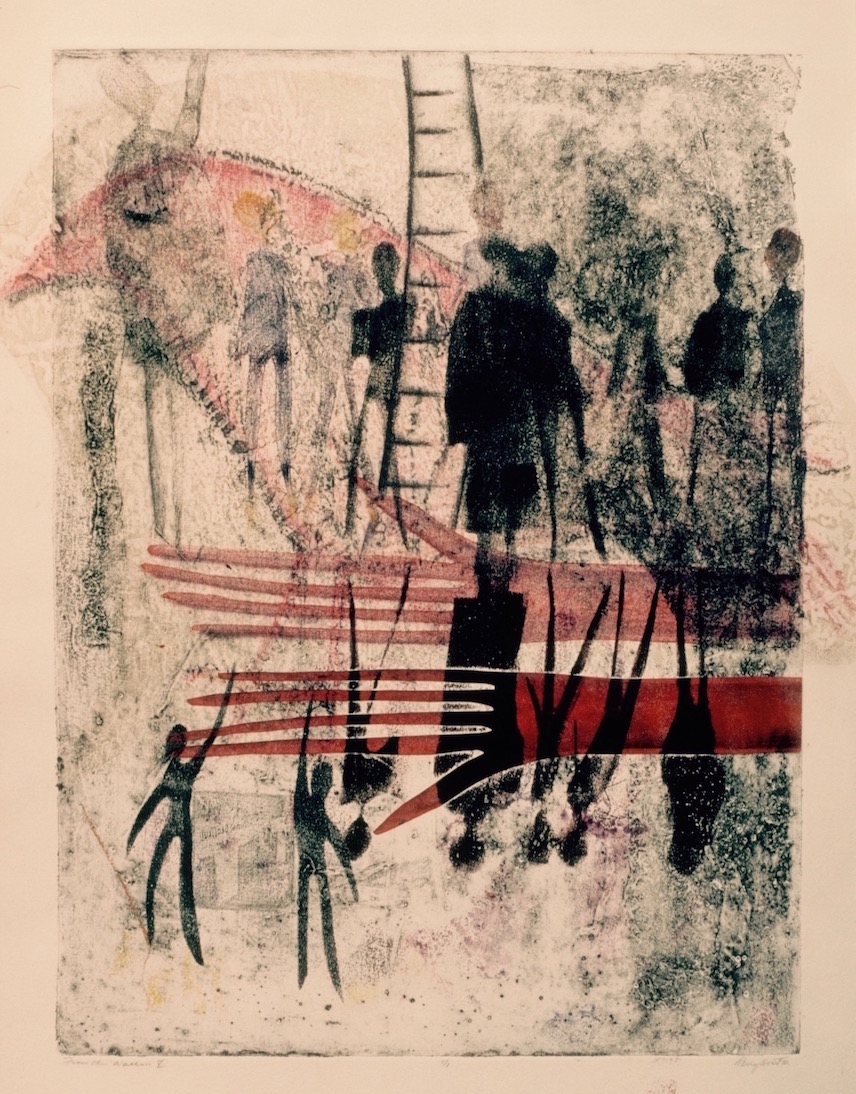 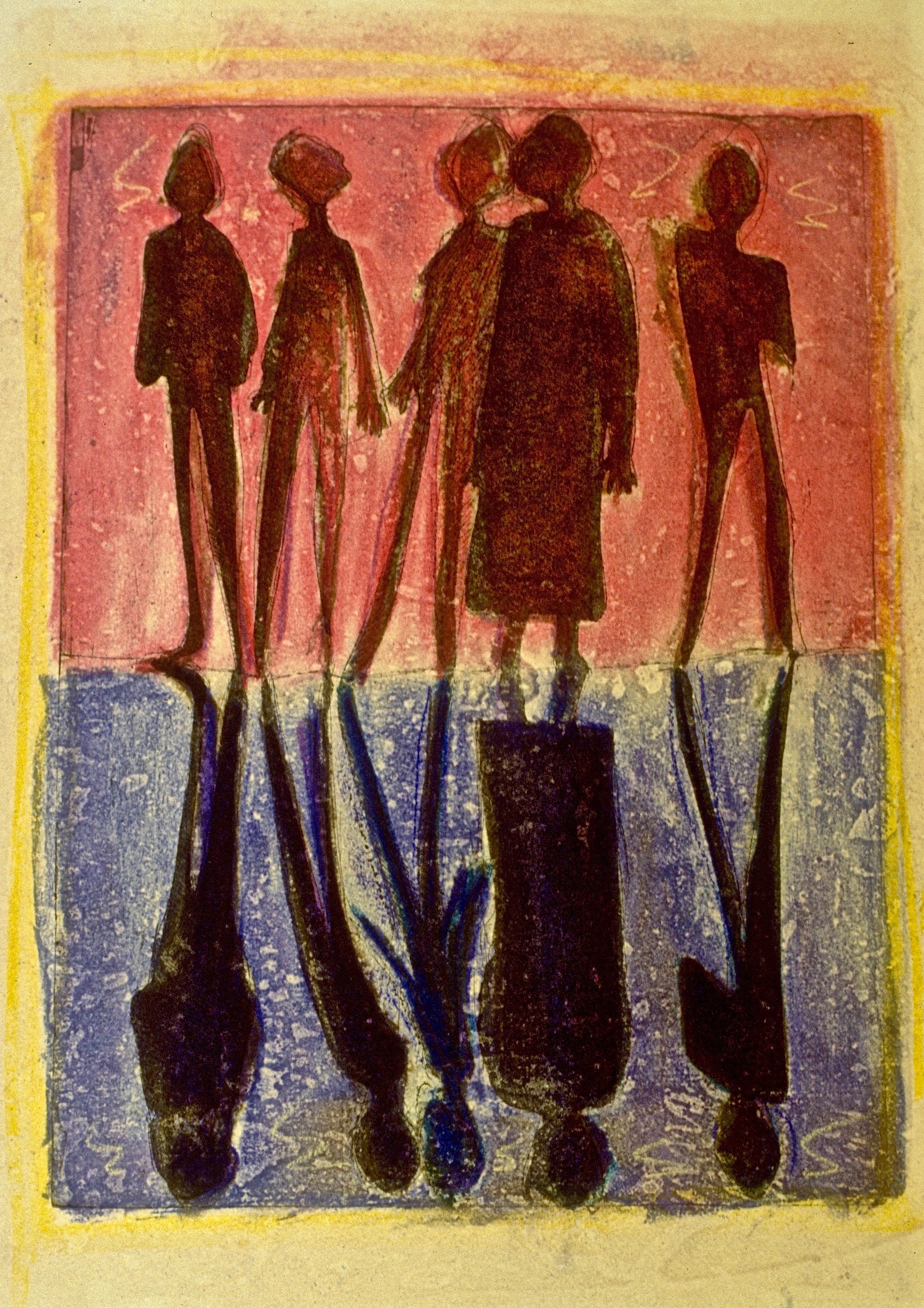 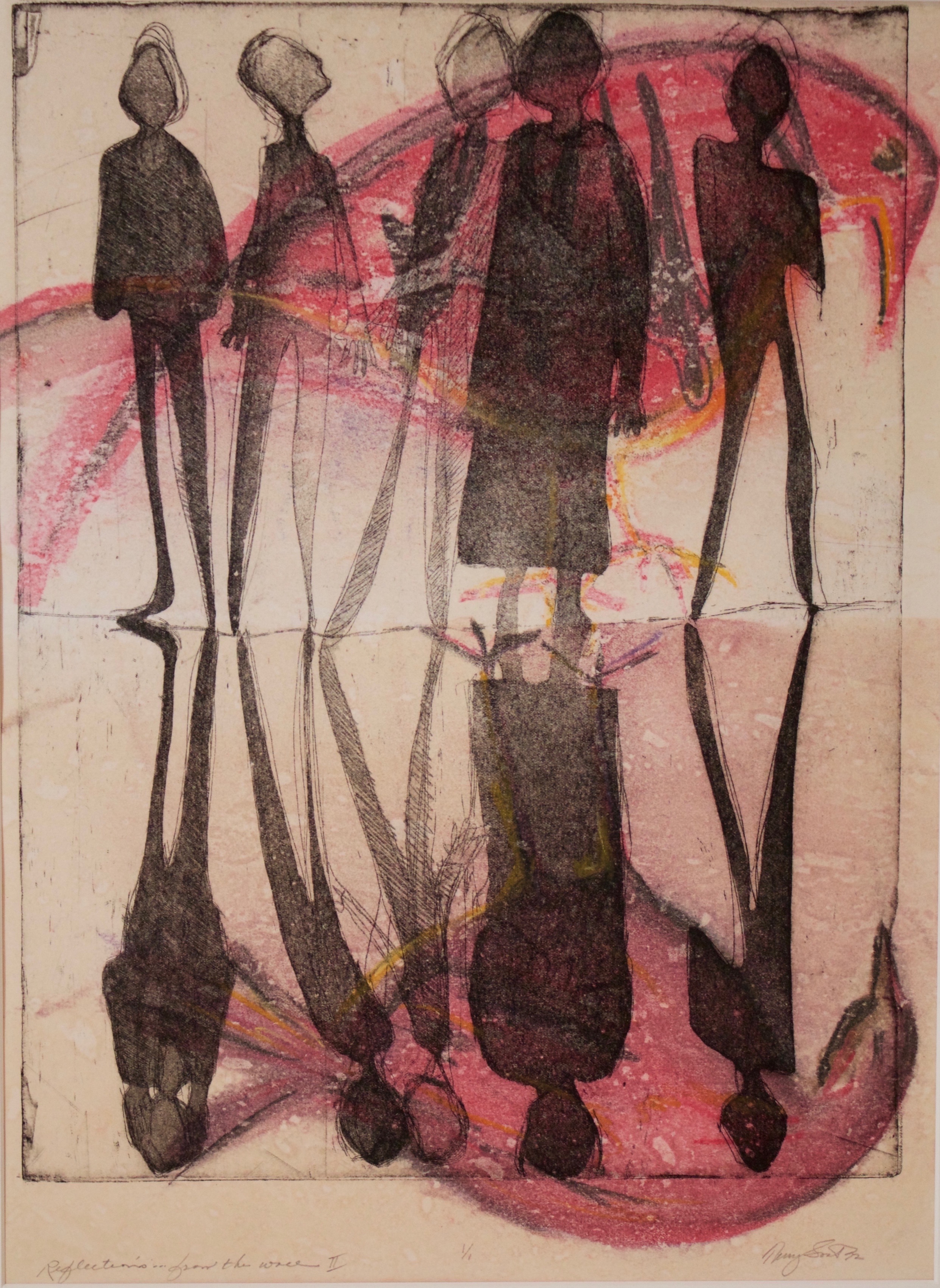 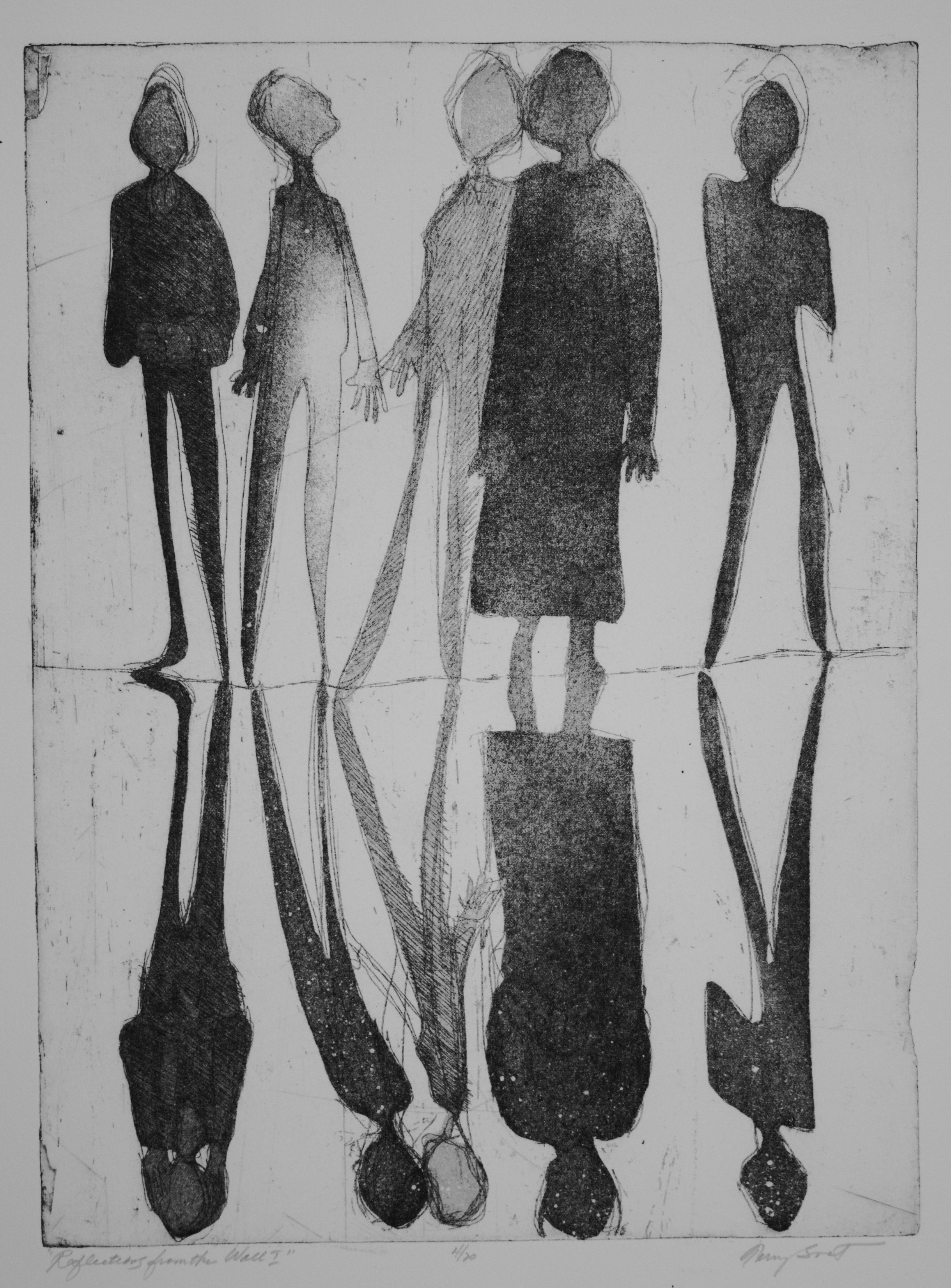 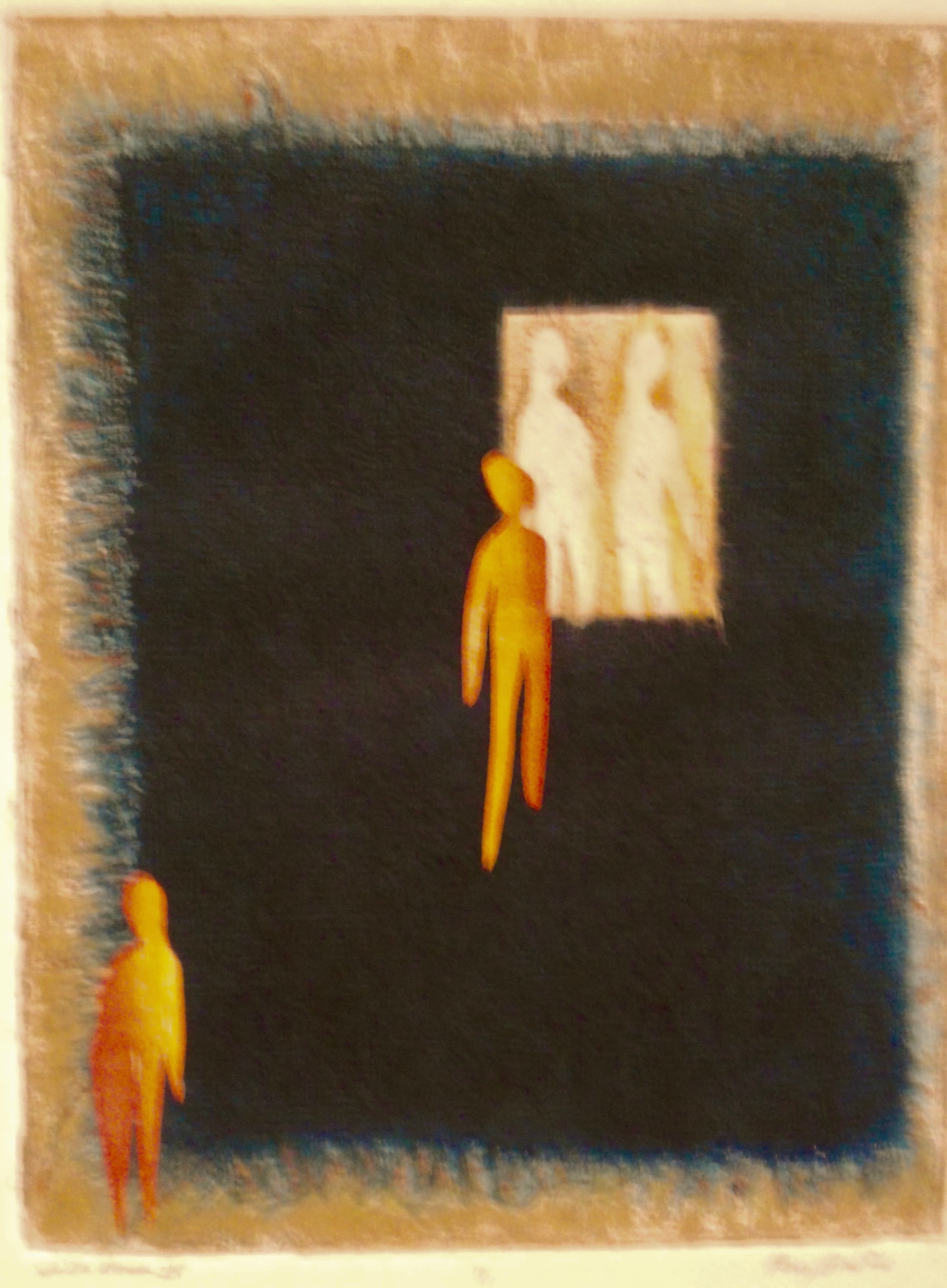 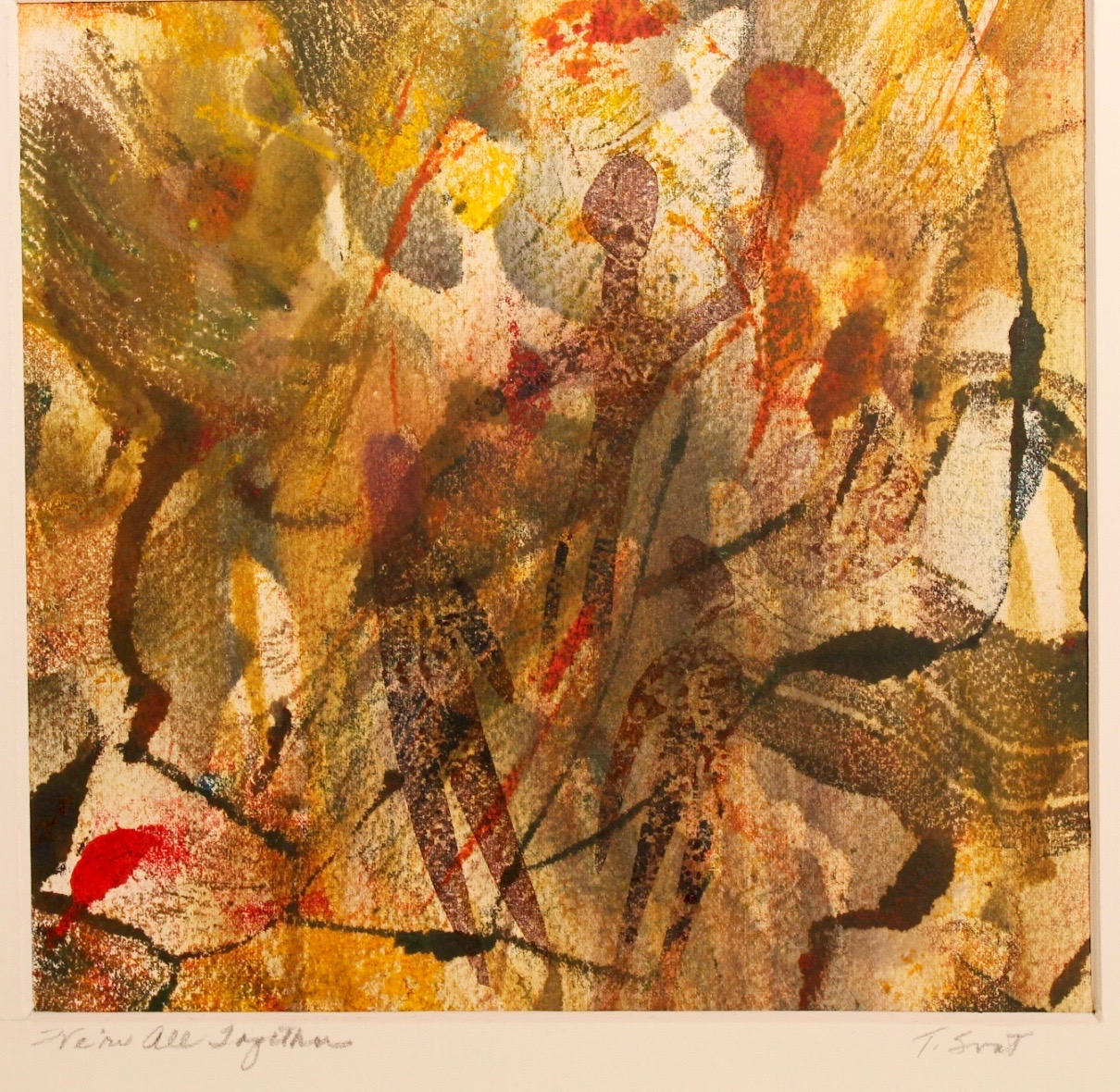 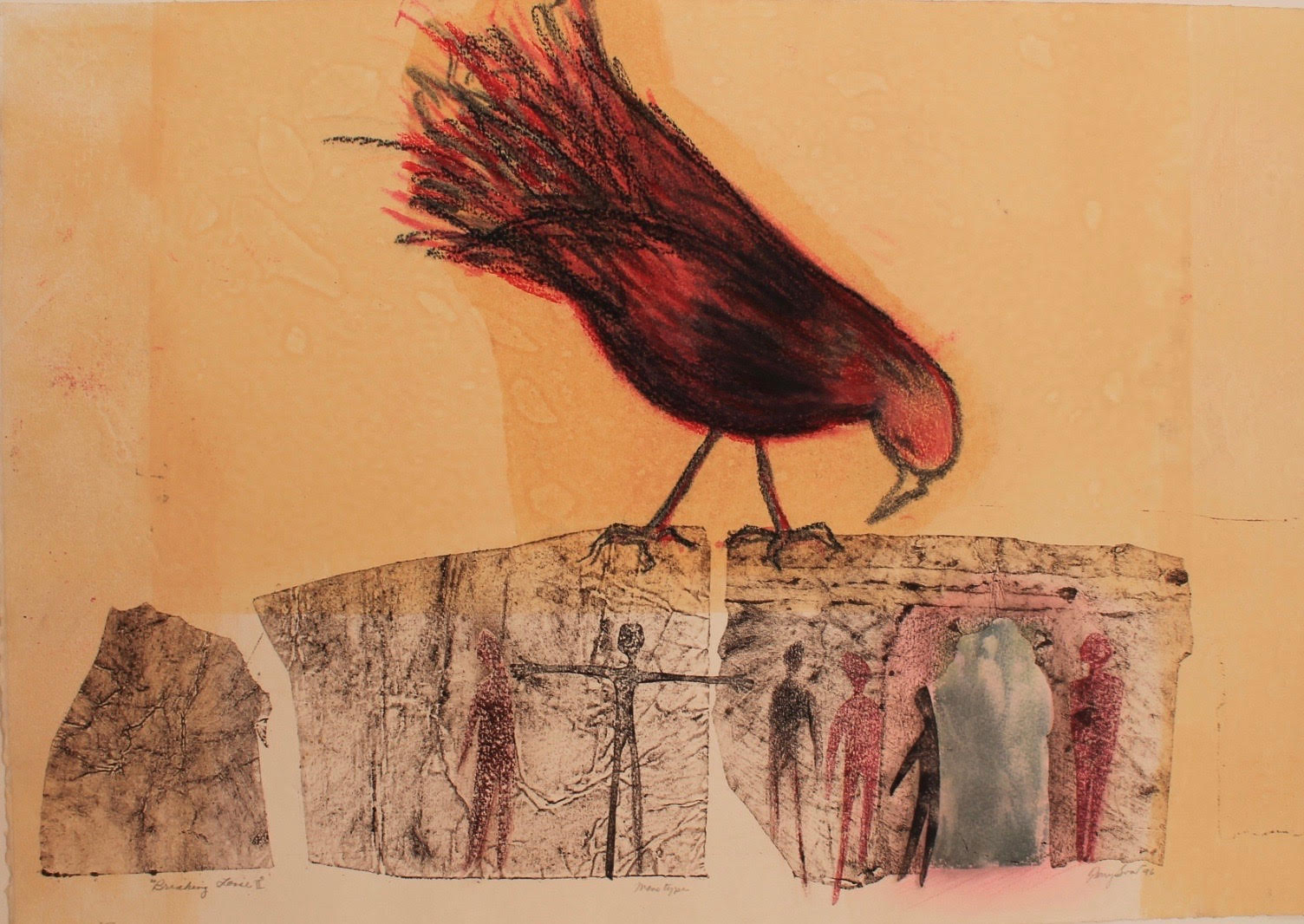